The Dual DPS40 from Jeti is a dual pole electronic switch with two inputs/outputs operated with the included magnetic key. The advantage of an electronic switch is that it offers a virtual unlimited on/off cycle, unlike mechanically operated switches. DSP40

For the first time ever, your models receiver system can be turned ON/OFF with a simple flip of the switch, wirelessly from the Jeti DC/DS transmitters. The R3/RSW receiver fully replaces Jetis Magnetic Switch which is widely used with Jeti Voltage Regulators as well as their Electronic Switches. Simply cut off the existing switch, install a Male JR type connector and plug it to the #3 port of the R3/RSW receiver.

The DPS 40 is designed for 3.5-14V input and supports up to 20A continuous current or 40A burst current for your connected devices. This unit is most suitable for today's high-voltage servos, which you might be operating directly from a two-cell LiFe battery or similar Li-Poly battery pack. Please note that DPS 40 does not include a regulator. Output voltage is equal to input voltage. The output current is divided between the two sets of output wires, where each output supports a maximum of 10A continuous or 20A burst current.

The unit features one set of input wires for your battery connection and two sets of output wires fitted with JR connectors to connect to your receiver or other device. The magnetic key/wand and faceplate are also included. 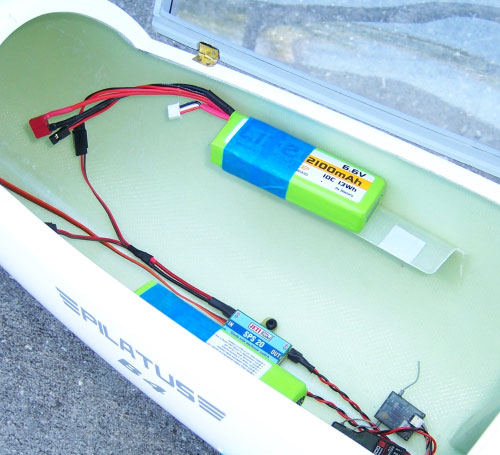 System and Electronic Switch OFF

System ON, Indicated with Bright LED